Opotiki College is where it's 100% effort 100% of the time! Congratulations to students, their families and to the very hard-working and committed staff. Our town has a secondary school of which it can be extremely proud.
Posted by Unknown at 4:43 PM No comments: Links to this post 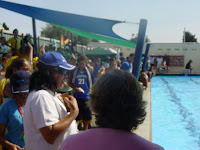 What a beautiful day at Opotiki College 2007 swimming sports.
Students made a real effort with dressing up in house colours and the house competition was strong. Participation was great and staff made a real positive contribution to the day. It was a bit of a bummer dealing with a couple of kids who smuggled some alcohol, but as with all such incidents the students will be given the opportunity to learn and to move 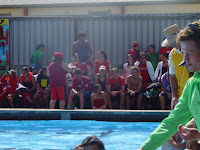 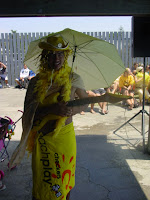 DSC02019
Originally uploaded by m0rehu.
Opotiki Cellar Rats reached new heights while running and walking around Lake Taupo in the Round the Lake Relay. We completed our fastest ever time of 14 hours and 27 minutes and were placed third in our highly competitive grade! For the first time in our history we were summoned to the stage amid rapturous applause and widespread acknowledgement to receive a beautiful cap, a lovely pair of socks and a large bronze medallion designed to be worn with an unbuttoned shirt and tight short pants!

Once again organisation was superb with fine accommodation and outstanding cuisine organised by our manager Chris. The event was a challenge as we all wrestled with our own demons and faced the challenges we set for ourselves competing against previous times.

Rachel gave us a strong start walking us into 6th place. James took over and despite feeling out of sorts, he, like Rachel, ran a faster time than had been done before. The next two walking legs were completed by Bruce and Stacey and both also set new fastest times. Unfortunately, I was not able to continue the trend and ran a minute slower than the awesome record I set the year before! I did, however, bring up my UpnGo during the race and had a series of dry retches at the end as I reacted to the painkillers I was taking for my broken ribs (I had to get the broken ribs thing in!). Peter and Shane then ran the next two legs strongly (slightly slower than the fast times from last year) but we were now in about 5th place. However, to Bruce's disappointment we had now well and truly dropped the red hotpants team.

Chris stepped up to the mark and like a true captain ran his heart out and almost equalled last year's time. He held on strongly to the fast athlete from 414. Joseph then attacked Kuratau Hill and when he finally got his knees, elbows and ankles going in the right order took us closer to teams in front and set a time faster than last year.

Joseph handed over to the unknown new member, Lisa "I don't like losing", who had an outstanding walk and powered through the field and past the grubby old man to walk us into second place. Captain Fantastic, Jared, then took off on his own personal odyssey and charged down the hill, along the swamp and into Turangi. He was unable to keep out the strong runner from 414, but he hung on strongly to him and had a gutsy slog into the wind. He missed James' record by 2 seconds but had us in a very strong position.

Our racing tuna, Ross, took off after the two racing sardines in front and set a new fastest time pulling away from the teams behind us. At the end of his lap he wished his wife a happy anniversary and Jo took off and held her strong starting pace through to the end. Unfortunately James was in the dunny when she finished which created a little confusion, but after a quick shake he was off.

James put all his demons to rest and ran a fastest time for this leg. He was now a happy chappy again. Joseph then strode up Hatepe Hill and dug deep as he took on his second big climb for the day. Bruce then had his second leg and with the attitude of "let's just do it!" started the charge towards Taupo.

Barry who had been waiting several hours to enter the stage got himself into the zone, donned his flash white cap, and strode out towards the airport. While he did not match Maurie's awesome record on that lap he kept out a fast attacking team from Bush.

Maurie took over the last leg as Jared was well and truly spent and completed the charge to the finish line setting a new leg record.

No-one had anything left in the bank. All had given everything they had. After a fine prizegiving overseen by kaumatua Hemi Crosswell we hit the party and danced the night away.

We had a great start yesterday. Don't tell the Ministry that we started the year early! Our powhiri was great with Vaughan bringing new staff and students into the warm embrace of Kura-ki-uta. After a brief assembly we got into things and the day ran very smoothly thanks to the hardwork of the two wahine. Senior staff stepped up well and assisted new staff to settle in. We finished the day with a hectic session in the Itiaki looking at mydesktop, managing email accounts, discussing behaviour management, using Integris to get timetables and classlists, checking NZQA for student results and accessing AsTTle to check student ability.

I attempted a run with Scotty and Kurt but had to turn around after 300m because the ribs were too painful so I consoled myself by changing my flat tyre which I had when I arrived in the morning!

The great news I have been able to share with staff and students is our wonderful NCEA results which are the best we have ever achieved. It feels as if things are coming together a bit and paying off - touch wood! 61% of Year 11s got Level 1, 77% of Year 12s got Level 2 and 54% of Year 13s got Level 3 - all well above national averages. 90% of Year 11s also got both literacy and numeracy as well! 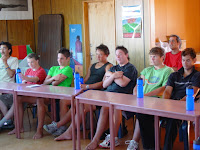 Today is Waitangi Day and I came in at 9.00am to witness a session being run with our senior rugby players. Year 11 Dean Vaughan Bidois, Coach Louis Desbats, Rugby Development Officer Brent McKillop and Rugby Co-ordinator Debbie McKillop were here with almost 30 boys 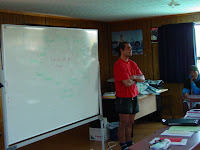 and discussing thei kaupapa for the year and how they can as a team work together to help other team members to meet all school and team expectations. It was a neat session to be part of and I applaud the efforts of the staff to align their kaupapa with the whole school.
Posted by Unknown at 11:17 AM No comments: Links to this post

Madness and Damage on The Meremere 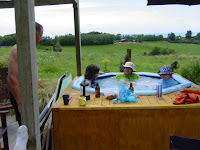 On Sunday we drove to Motu and Andrew, Nicole and Brian rode biked to the kayak start and myself, Kurt, Lea, Peter, Hamish and the Teddy boys (Jared and Aaron) rode down the Motu Rd to Tirohanga. The highlight of the ride was all 5 (not Lea and Peter because they were a bit behind us on the downhill on Meremere) of us racing down the Meremere like mad banshees at 54kph, sliding out on corners and changing the lead repeatedly. The lowlight 150m from the end was 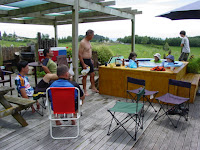 me following Hamish around a particularly tight bend when he bailed so I had to go inside him only to find Kurt there. At high speed loss of control was the only option and I found myself bouncing along the clay berm inches from a 150ft sheer drop. I must have turned my wheel to avoid certain death which dug into the clay and was thrown onto the road at about 40kph. I was certain that I had broken my elbow and my ribs hurt. The elbow was just bruised, but I had to ride the 20k home one-handed! The ribs are buggered, most probably cracked and everything is now painful. Before we left the scene we noted that my bike track along the clay berm was 2-3cm from the edge! 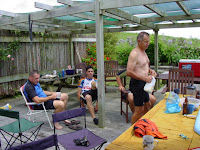 Anyway we retired to the spa with a couple of beers and met up with Leigh, Marg, Shirley, Lucy and Mary who had biked from Waiaua Church to the top of Meremere and return.
Posted by Unknown at 11:07 AM No comments: Links to this post 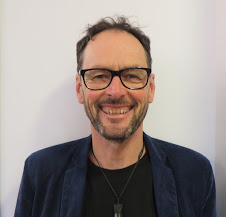